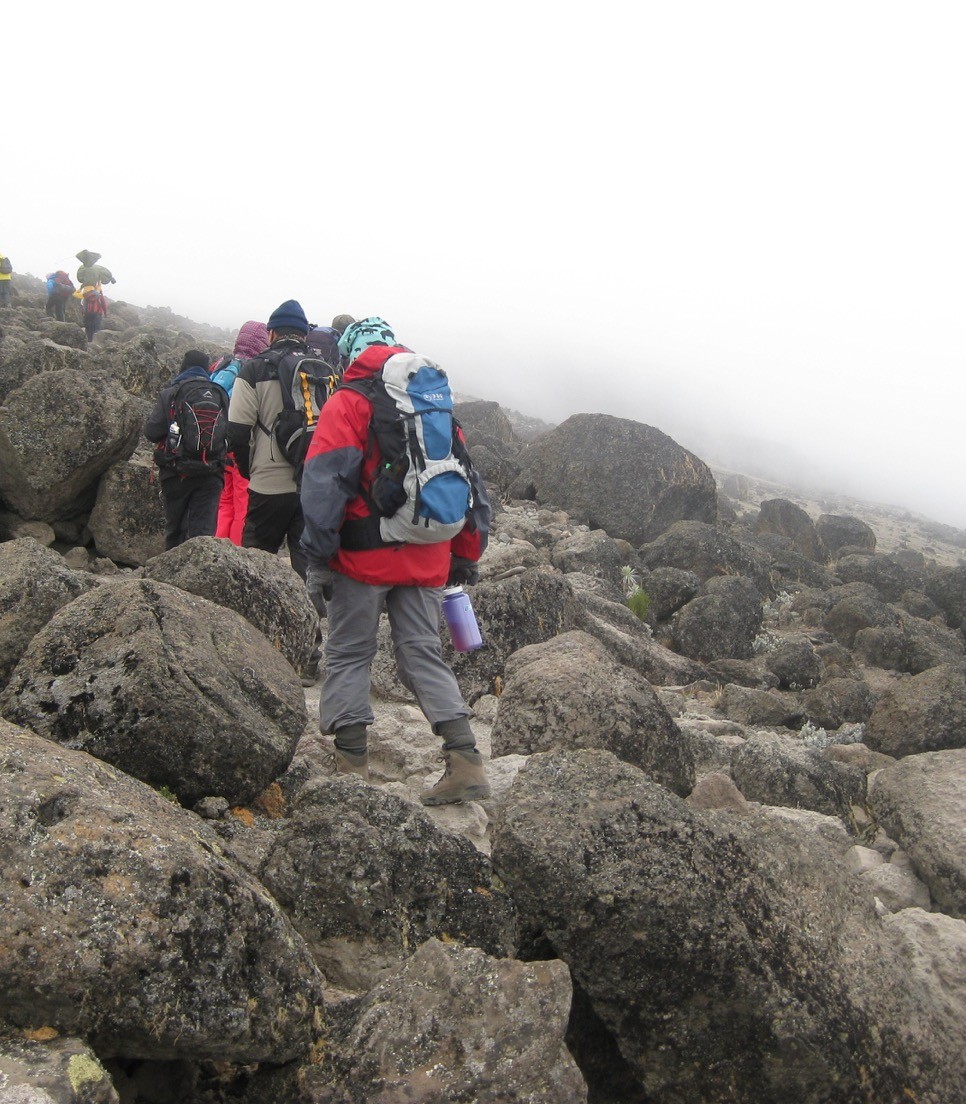 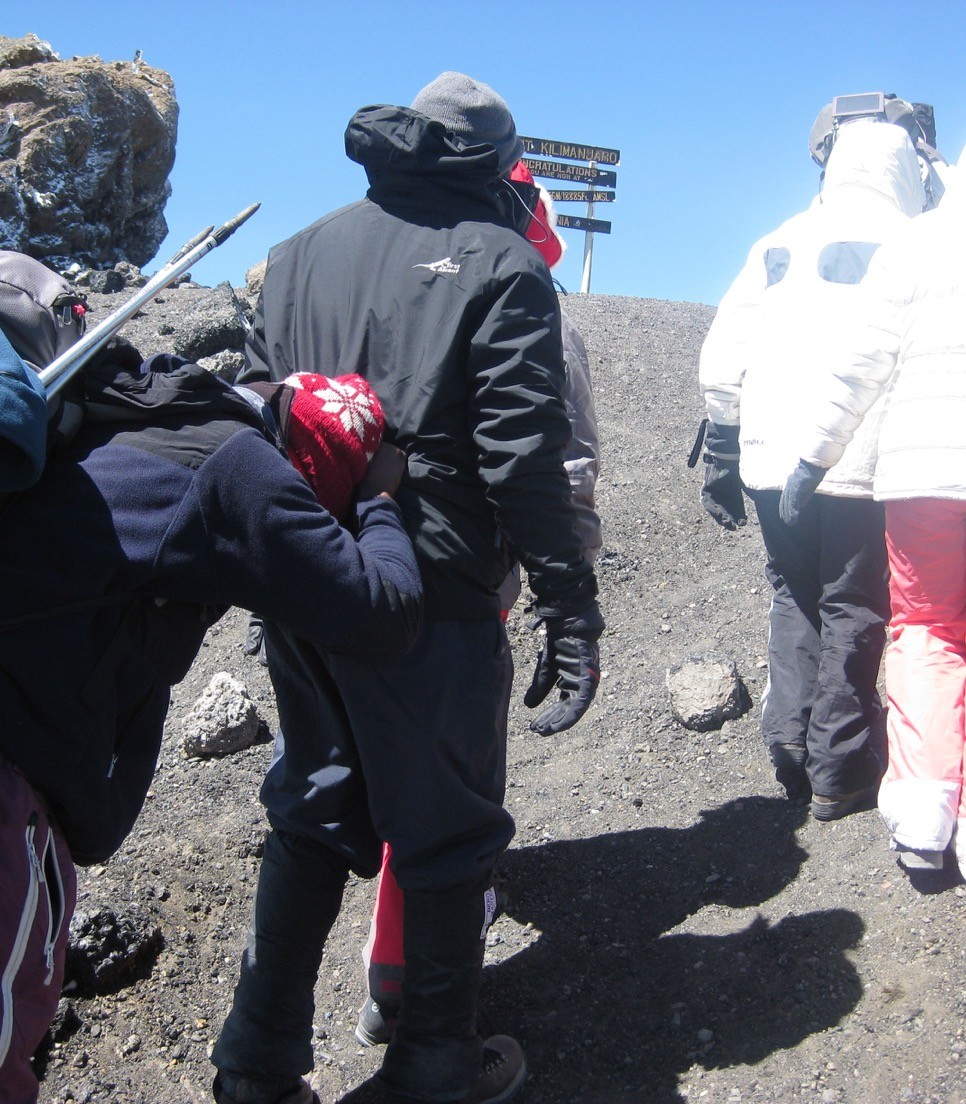 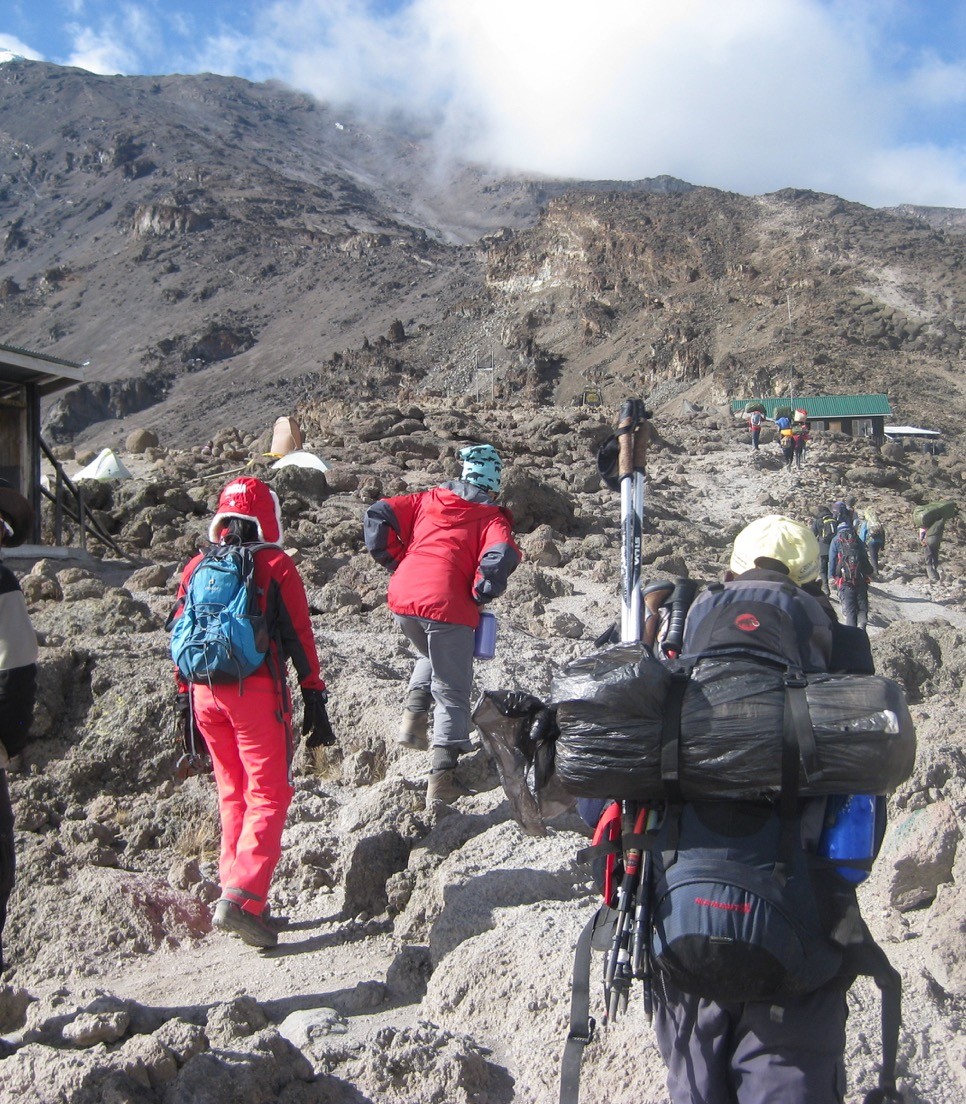 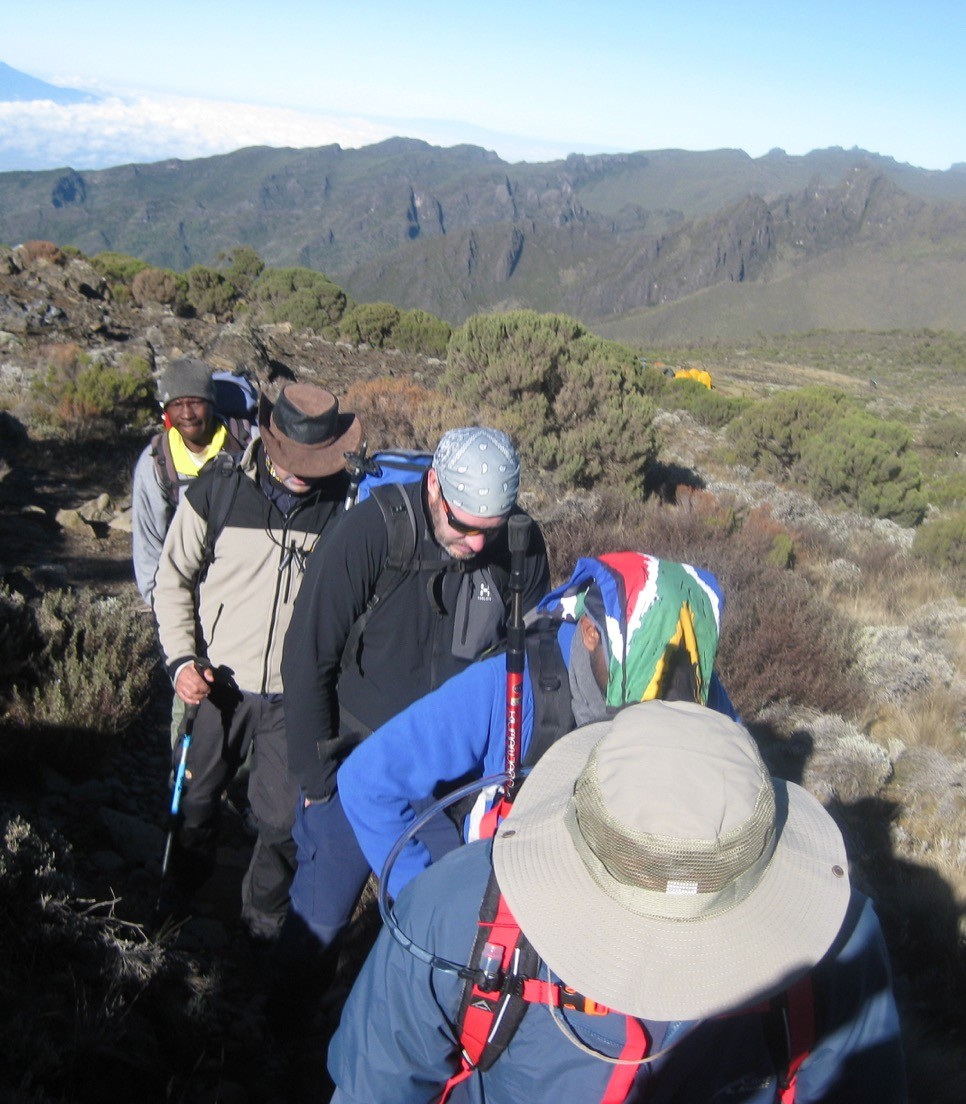 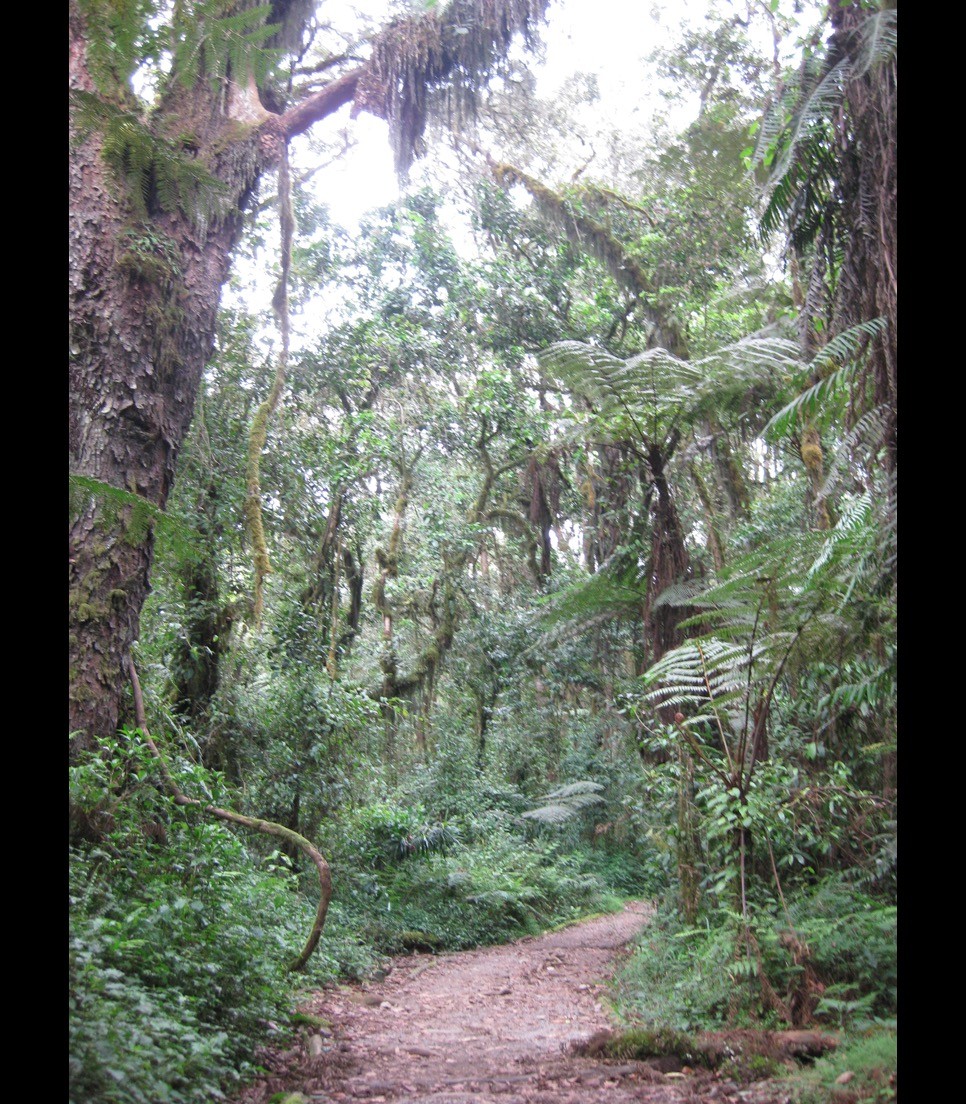 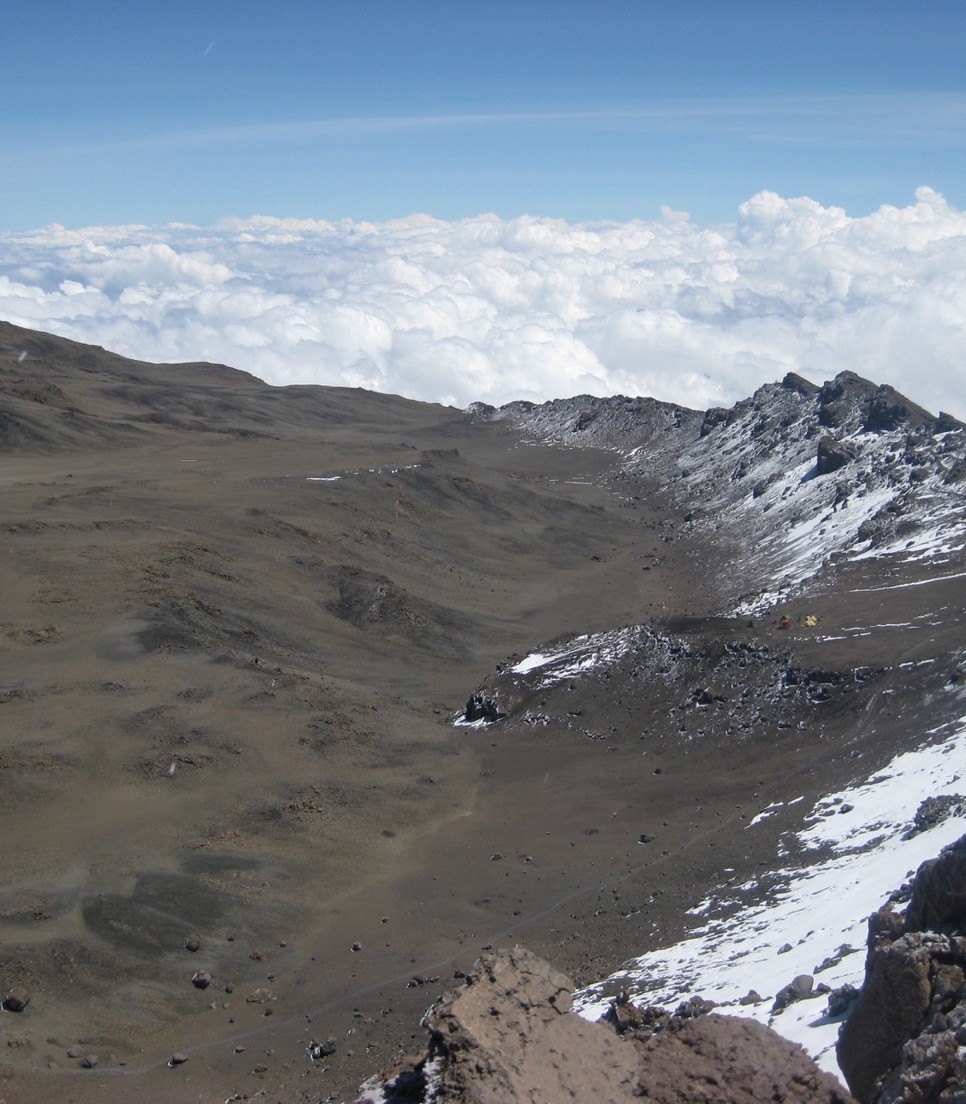 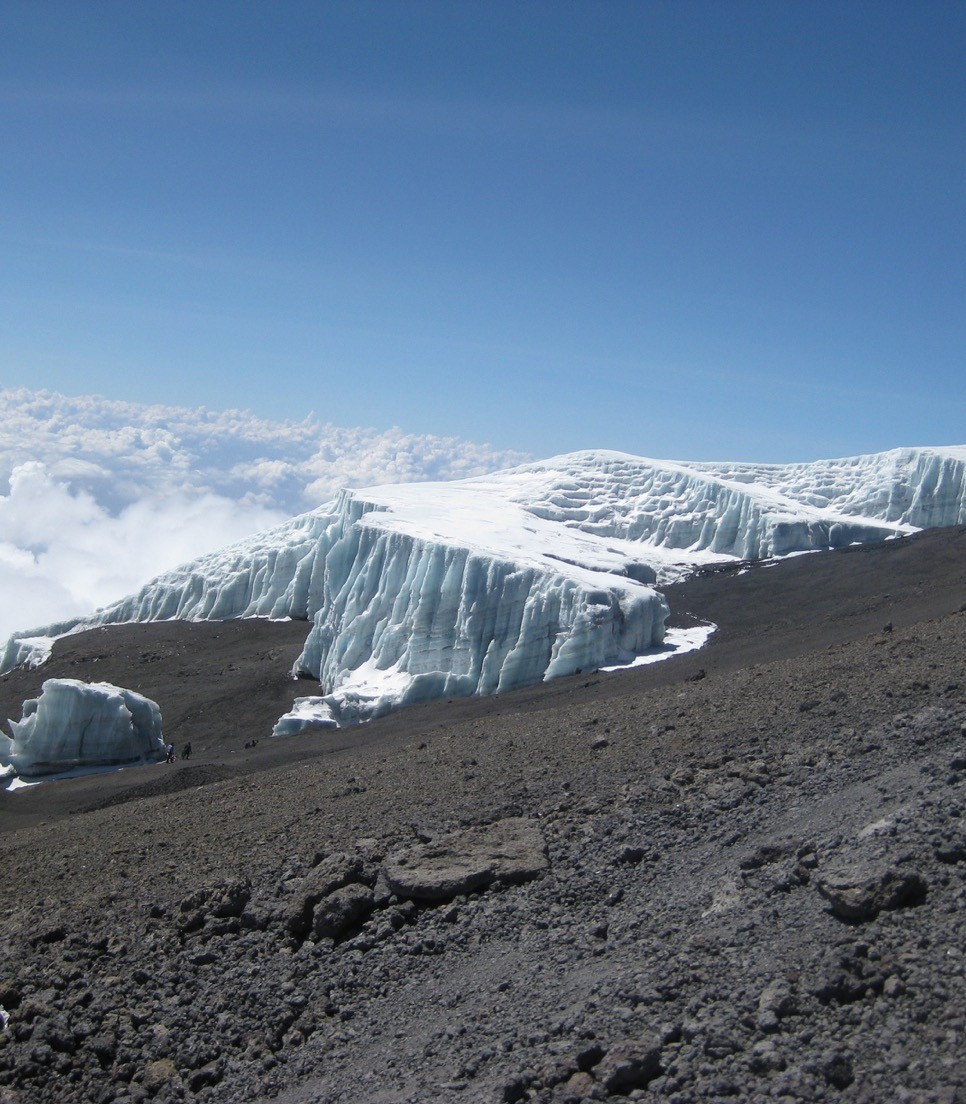 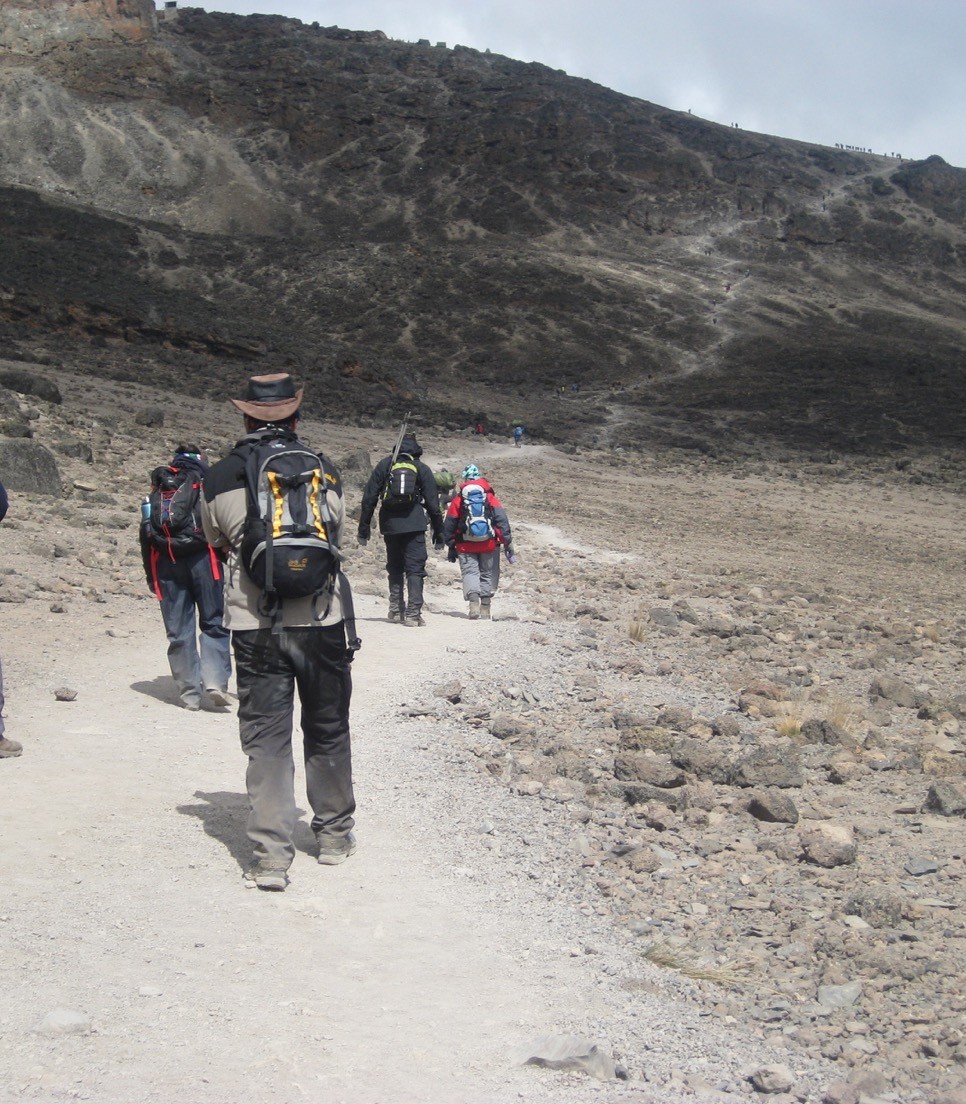 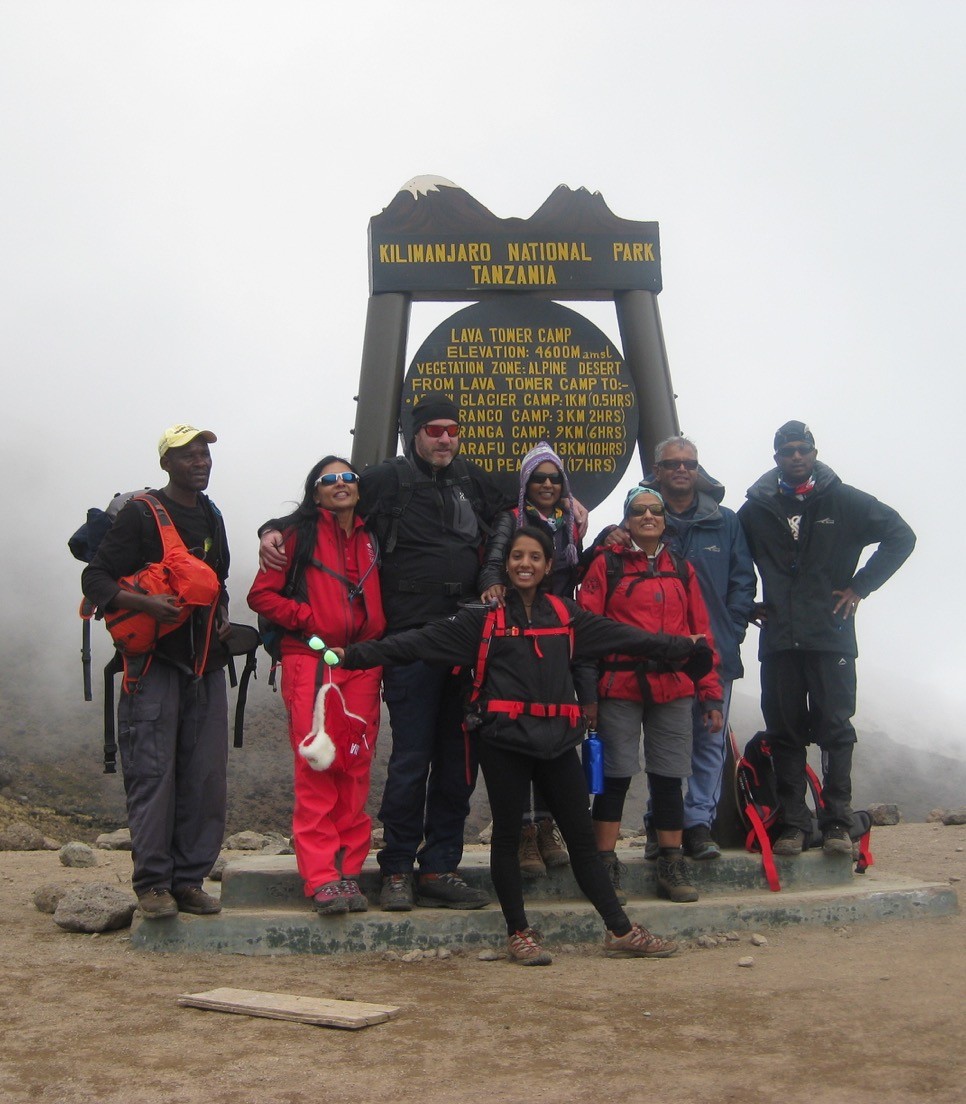 Nicknamed the "Whiskey" route because the route is popularized as somewhat difficult and more expensive than Marangu route.

On an overall comparison of the routes to scale Kilimanjaro, this is one of the best routes to take, both in terms of acclimatization and cost.

The Machame route is considered a difficult route, and is better suited for more adventurous trekkers and those with some hiking or backpacking experience.

The Machame route is scenically beautiful and varied. However, due to its popularity there are increased numbers of trekkers, it loses some of its splendour. The Machame route approaches the summit from the southwest and descends using the Mweka route, rewarding climbers with views of the expansive Shira Plateau, an optional scramble up Lava Tower, a climb up the Great Barranco wall, and a traverse underneath Kilimanjaro’s southern ice field.

In certain sections this route is steeper than the Marangu and Rongai routes and physically more demanding but is easier overall. 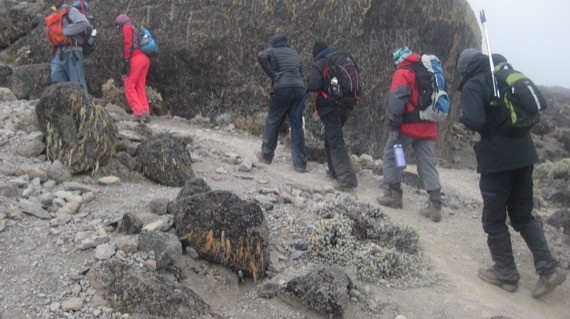 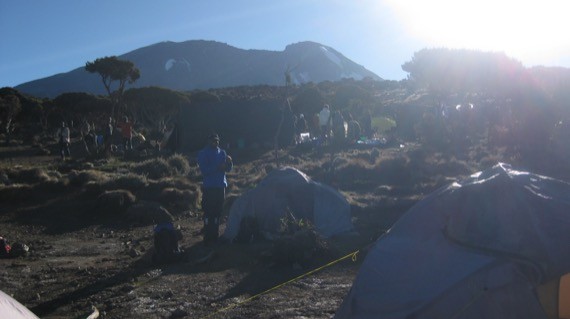 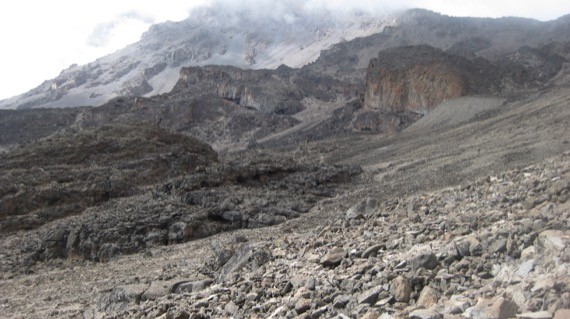 Please note that if any hotel is booked out or is otherwise unavailable, we will book you in an alternate equivalent hotel.

If you are booking a hotel directly, please do check with us before booking, to make sure we can meet you and pick you up from the hotel. 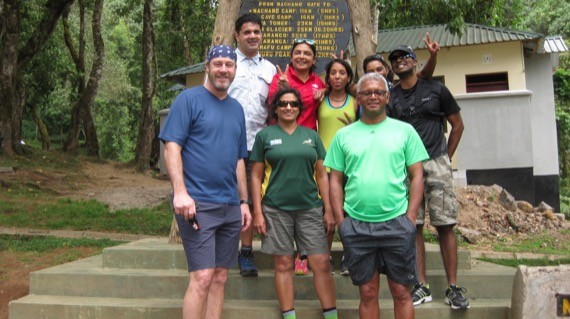 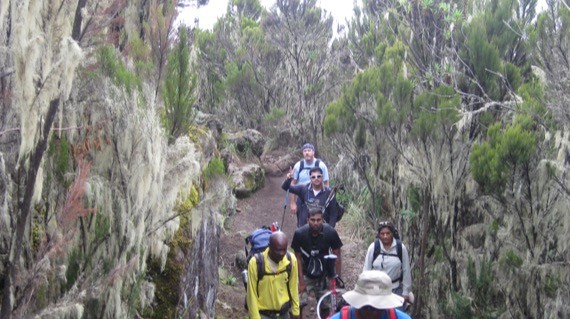 Here are the list of essentials required for the Kilimanjaro trek. Most of it can be purchased or rented at Moshi. Renting would cost anywhere between USD 100 to 200 depending on what you are...

Although not a technical climb, there is a lot of equipment and gear required to climb Kilimanjaro. Most of it deals with the cold weather and rain. There is no technical climbing equipment...

While the topic on safety is very good and relevant, the answer can span pages and pages. The short answer is, "it depends". Without knowing your exact experience and personal situation, it's hard...

The most common structure for payment for your tour in Tanzania or Kenya is to pay a deposit amount online (30% for Kilimanjaro treks, 30% for Safaris) and the balance in cash. We accept only US...

Congratulations on booking your Kilimanjaro Trek with Monkey Adventures. We are very excited to be given the opportunity to serve you. Thank you for choosing to trek with us. The most common way...

At Monkey Adventures, we have noticed a growing trend of trekkers booking hotels directly in Moshi. With many hotel booking sites, there are always some great deals on offer. Therefore, we don't...

We can accept deposits through credit cards and debit cards such as Visa, Mastercard or Amex. We also accept bank transfers. Please note that if you are paying deposit via Bank transfer, we can't...

The simple answer to this is that we have much larger number of trekkers climbing with us compared to others. Let's now delve into a detailed explanation. There is nothing missing from the...

By flight - Kilimanjaro Airport (JRO) From Arusha - By car. The drive takes 2 hours From Dar - Fly to Moshi or Arusha. By road takes around 10 hours. You can take a bus or a taxi From Nairobi -...

At Monkey Adventures, we understand the importance of healthy, nutritious and tasty meals while on the trek. Here is a sample of the food you can expect while on the trail. ### Morning Call *...

All our climbs start at 8am. So you would need to be in Moshi latest by 6am. This is because we need time to fill up the paperwork, and for the trek briefing as well as rent the gear.

Our advice is always choose the highest number of days limited only by your budget and schedule. The main reason for not summiting Mt. Kilimanjaro is AMS (Altitude Mountain Sickness). The best...

Tipping is normal and expected at Kilimanjaro. This might come as a surprise to many, especially if coming from countries and cultures where tipping is not as prevalent or present at all. The...

We have many trekkers who are vegetarian and our cooks are well trained to handle this requirement. You are free to meet our cook during the briefing session to discuss and setup a menu which...

You can give one bag of 15kgs to the porter. We prefer if you give us a duffel bag.

We have many trekkers who are Vegan and our cooks are well trained to handle this requirement. You are free to meet our cook during the briefing session to discuss and setup a menu which meets are...

Briefing is an important component of your trekking exeprience with Monkey Adventures. This is when you will meet your guide and our manager. We will be going through the basics on what to expect...

While it's rare, thefts do occasionally happen in East Africa, as anywhere else in the World. We request our clients to be always vigilant about their valuables. Please carry all valuables with...

Climbing Mt. Kilimanjaro is one of the most expensive treks in the world. The lowest option starts upwards of USD 1100 per person. And the main reason for this is the park fees charged by the park...

Read More
Interactive Map of Machame - 6 days route
Here is an interactive map of Machame - 6 days route. You can see the the path we will be taking and the various campsites and huts along the way where we will be camping.
TripAdvisor Reviews for Monkey Adventures
We would like to thank all our past customers for their support by reviewing us on TripAdvisor. Please find our most recent TripAdvisor reviews on this page
Prices for a Private Trek Please find below the prices for organising a private trek. The prices are based on your group size.

Thank you, we have received your enquiry!

We have received your message and would like to thank you for writing to us. If your enquiry is urgent, please use the telephone number listed on this page, to talk to one of our staff members. Otherwise, we will reply by email shortly.

Write to us at
[email protected]